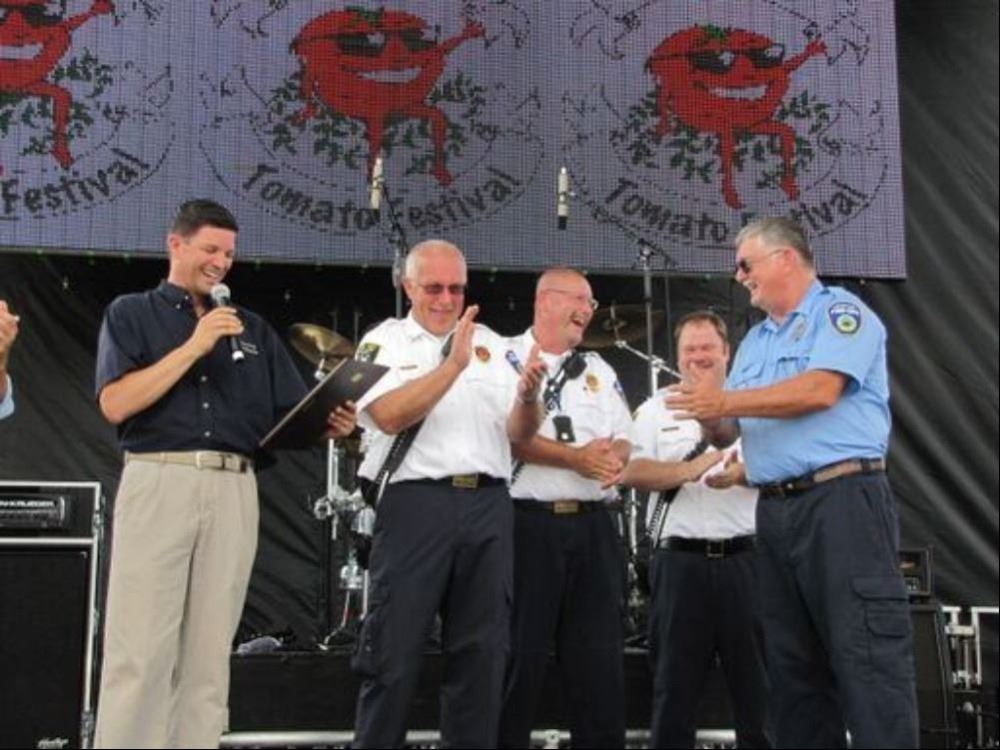 In 1978, the members of the Black Creek Volunteer Fire Department were looking for a way to raise money for the Department. Led by the president Larry Sutton and the Chief, Oscar Watson, they began to explore new ways of funding for the firehouse. It was decided to hold a small local festival at the old fire station.

A Name and A Theme

But what would be the theme of the festival? Ashland had the Camptown Races and Urbanna had the Oyster Festival. What did Black Creek have that would be unique to the area? Looking around the rural community, the only thing one saw then were fields of vegetables, especially tomatoes, and so it was decided to name the festival Hanover Tomato Festival.

The first festival was held at the station and consisted of Fireman’s Parade and contests as well as a tomato eating contest. Local homemakers brought samples of the many dishes prepared using the tomatoes. The early crowds were small, but the festival soon outgrew the station site.

When the new park at Pole Green opened it was decided to move the festival there due to the increasing number of people attending the festival. Also, during this time, The Herald Progress Newspaper came on board as a sponsor to assist in marketing the festival. Each year after, the festival has grown to become the largest single day event in Hanover County.

All of the tomatoes for the festival from 1978 until 2017, have been provided by a local farmer named Robbie Dodd. Sadly, Mr. Dodd passed away in 2017. Today, the tomatoes are still grown locally by Farmers in Hanover County.

In 2018 the festival held it’s 40th celebration, which was also the final year of partnership by the Black Creek Volunteer Fire Department. The tradition of the Hanover Tomato Festival continues with the support of Hanover County.